HandiCalendar has been a godsend for both Sam and his parents

Sam is like many other 24-year olds. Recently out of university, he wants to start a career and is looking for work. In his free time, he plays games with his friends, does volunteer work and pursues his passion for photography. He is also autistic.

At the age of four, Sam was diagnosed autistic /ADHD and it was strongly recommended that he go to a special school. His mother Sandra was hesitant, feeling that a mainstream school would be better for him in the long run. In the end, Sam attended a special school, but it became clear to educators after only a month that his mother was right: mainstream school was a better fit. Beginning with intense speech and language therapy, Sam continued to receive one-to-one support throughout his school years eventually taking A levels in information technology, photography and graphics.

“For example, when it comes to washing his clothes, “explains Sandra, “I can add a reminder to his HandiCalendar using myAbilia, a webservice where I can add tasks and images to his calendar remotely.

I can upload photos of the washing machine, the washing powder and the correct compartment to put it in. Using these kinds of photos as icons in his reminders makes the task so much easier for him.

Before HandiCalendar, just the thought of having to find the washing powder made the task harder to do and much harder to initiate.”

And the photos make a difference in many other things as well. For example, before HandiCalendar, shopping was a challenge. Product or brand changes were a source of much confusion. With HandiaCalendar, it’s easy to upload new photos to make identifying what Sam needs to buy much less stressful.

In the two years that Sam has been using HandiCalendar, Sandra has seen a noticeable change in Sam. He seems to have a greater awareness of the concept of time and he seems happier and more independent.

In February, Sam went to Comic Con in Wales, his first trip ever on his own. Here too, HandiCalendar helped him with practical details as well as giving him a sense of confidence.

The trip went so well that Sam has plans to attend other Comic Cons in the future. 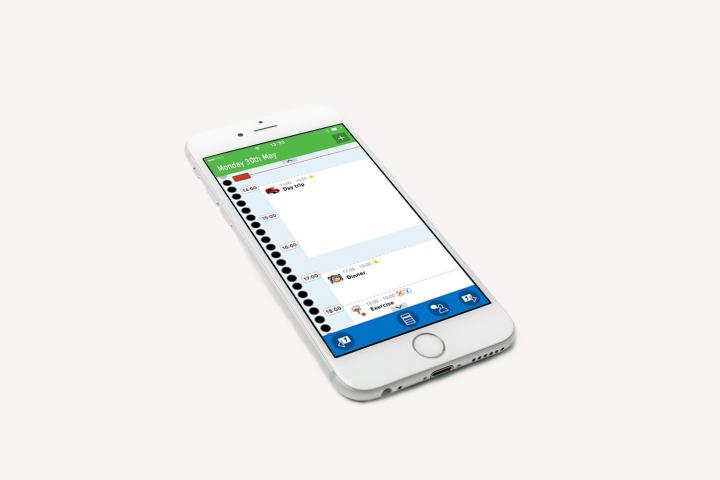 Users
Diagnoses
ADHD
Autism
Cerebral Palsy
Dementia
Learning disablity
Physical disability
Stroke
User stories
A combination of assistive tools has improved quality of life for Bonnie and her family
By using Lightwriter, Lena has been given back her human voice.
Everyday life is calmer for Jake and his family thanks to Handi and MEMO Timer
Handi gives the pupils structure and confidence at school
Handi helps Frederik to create structure and clarity in his every day life
HandiCalendar has been a godsend for both Sam and his parents
Lee got his first Lightwriter when he was a teenager
Lightwriter is able to predict the common phrases Ben uses
MEMOplanner creates safety for both the residents and their family members
Somna Weighted Blanket gives Bonnie peace during the evening and the night and energy during the day
Tatiana writes exactly what she wants to say into her Lightwriter
Thanks to MEMO Timer the learners are no longer ever late for lessons
Turning worry and restlessness into peace and cooperation
Research and Evidence
Confidence
Cost-benefits for society
Better use of resources for municipalities and county councils
Increased social income
Reduced costs for state, municipality and county council
Daily time management
Economy
Independence
Memory capacity
Motivation
Quality of Life
Reduced stress
Time processing
Increased sleep quality