By using Lightwriter, Lena has been given back her human voice.

When Lena Halldorf was told that she had tongue cancer she was faced with the choice of death or undergoing an operation which would leave her without a voice. “In hindsight the choice was easy. But at the time it wasn't as easy to picture life without the ability to speak, in addition to the potential of a change to my appearance,” says Lena.

She now carries three things with her at all times: her feed line, her syringe and her device. She uses the feed line and syringe to be able to eat. The device is a Lightwriter; a small and handy speech device that she carries with her at all times, both at home and on the job as editor of the personnel magazine at Jönköping University.

“The Lightwriter has given me back my human voice,” says Lena. “Now, I have no problems talking on the phone with people who don't know that I have a speech impediment, neither at work nor privately. Talking is simply more fun now. It is quick, modern, has a great dictionary and makes my day-to-day life easier,” explains Lena.

Lena is living proof that it is possible to live life as normal despite a functional impairment, and that there is no need to isolate yourself or hide away simply because you are different. 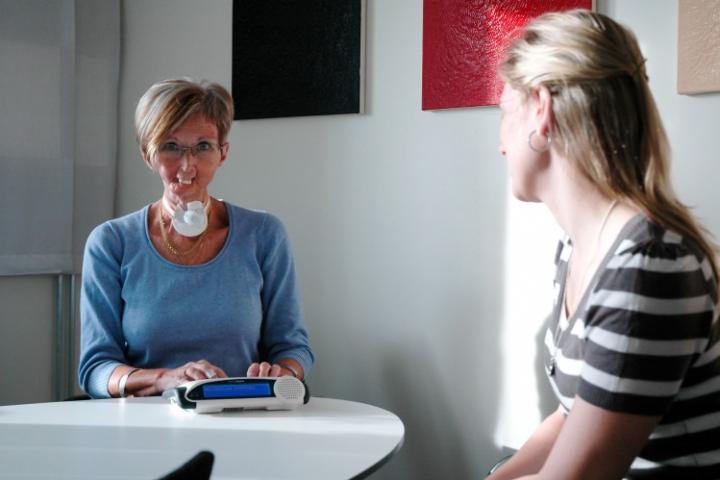 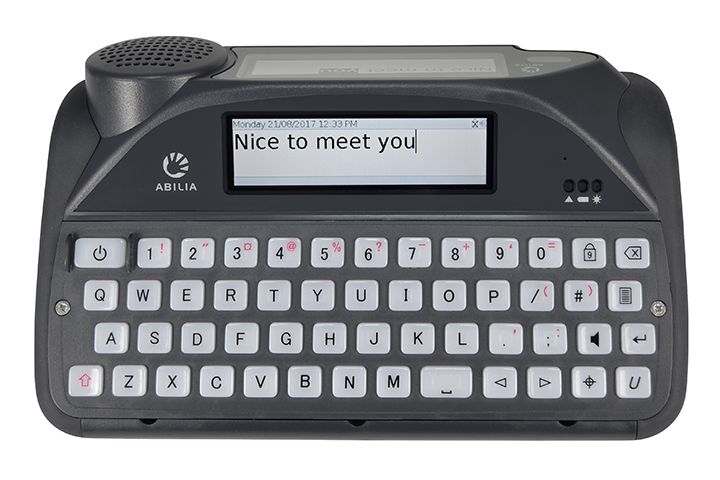 Users
Diagnoses
ADHD
Autism
Cerebral Palsy
Dementia
Learning disablity
Physical disability
Stroke
User stories
A combination of assistive tools has improved quality of life for Bonnie and her family
By using Lightwriter, Lena has been given back her human voice.
Everyday life is calmer for Jake and his family thanks to Handi and MEMO Timer
Handi gives the pupils structure and confidence at school
Handi helps Frederik to create structure and clarity in his every day life
HandiCalendar has been a godsend for both Sam and his parents
Lee got his first Lightwriter when he was a teenager
Lightwriter is able to predict the common phrases Ben uses
MEMOplanner creates safety for both the residents and their family members
Meet Erik – user of GEWA One
Somna Weighted Blanket gives Bonnie peace during the evening and the night and energy during the day
Tatiana writes exactly what she wants to say into her Lightwriter
Thanks to MEMO Timer the learners are no longer ever late for lessons
Turning worry and restlessness into peace and cooperation
Research and Evidence
Confidence
Cost-benefits for society
Better use of resources for municipalities and county councils
Increased social income
Reduced costs for state, municipality and county council
Daily time management
Economy
Independence
Memory capacity
Motivation
Quality of Life
Reduced stress
Time processing
Increased sleep quality